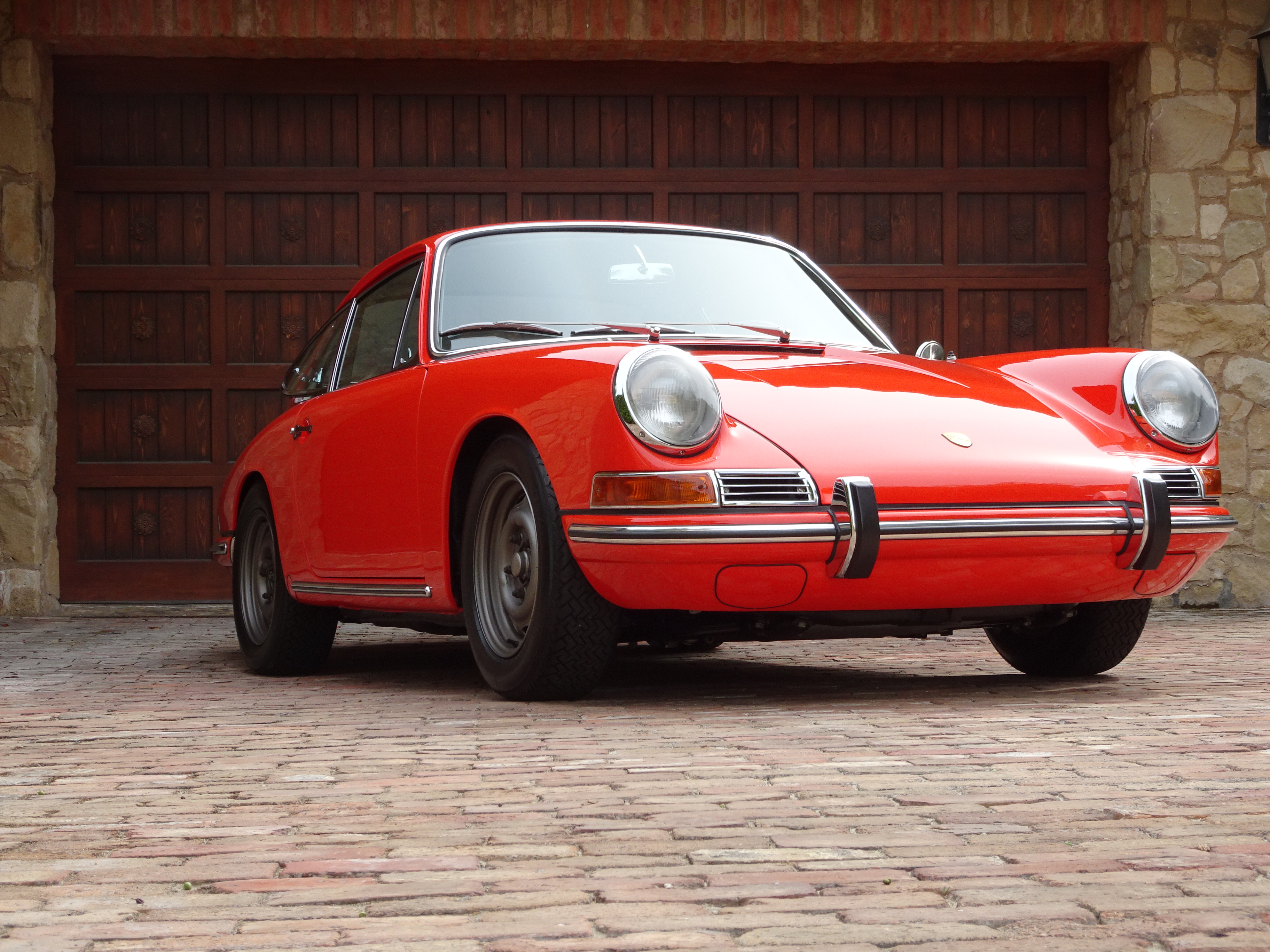 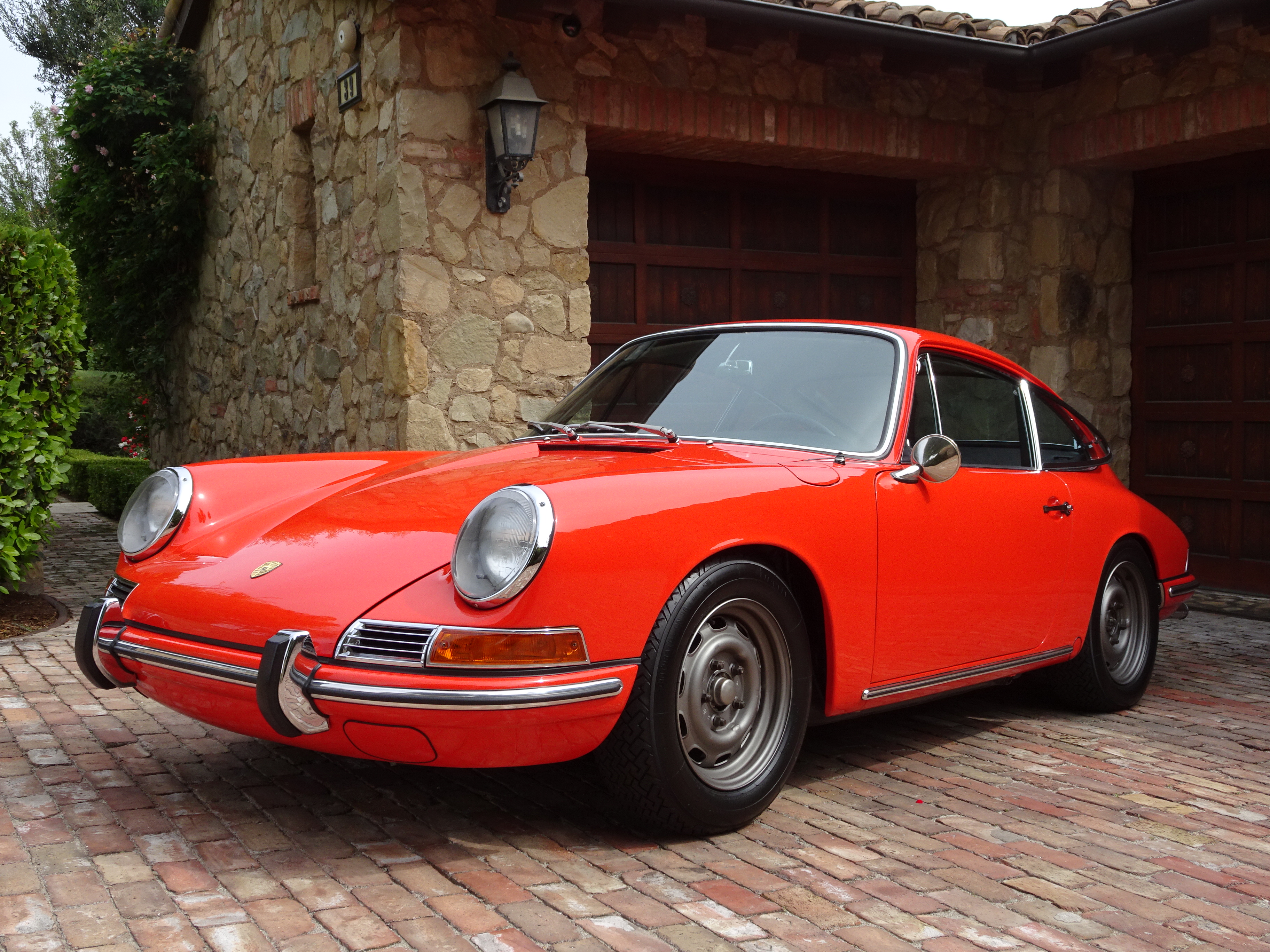 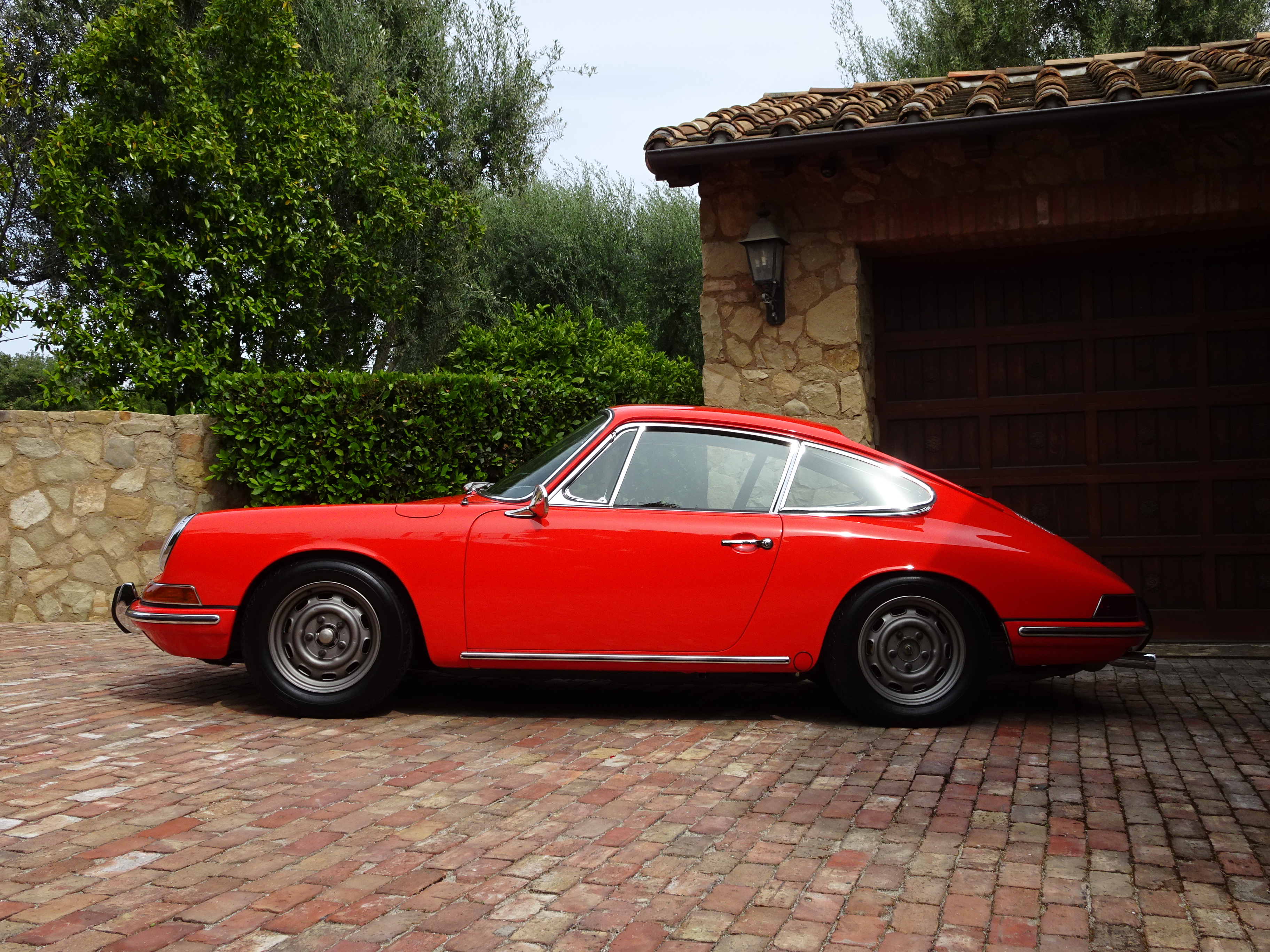 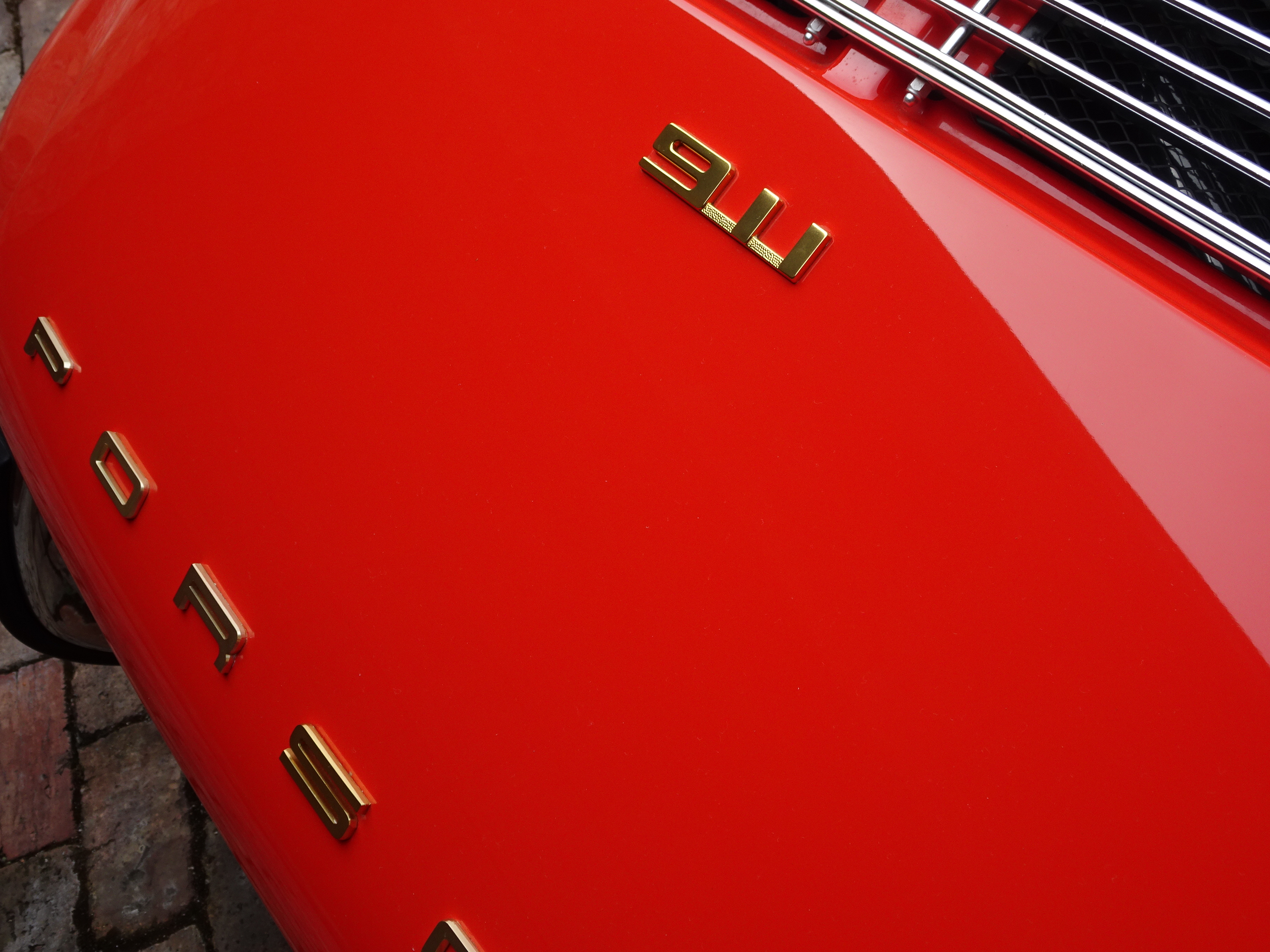 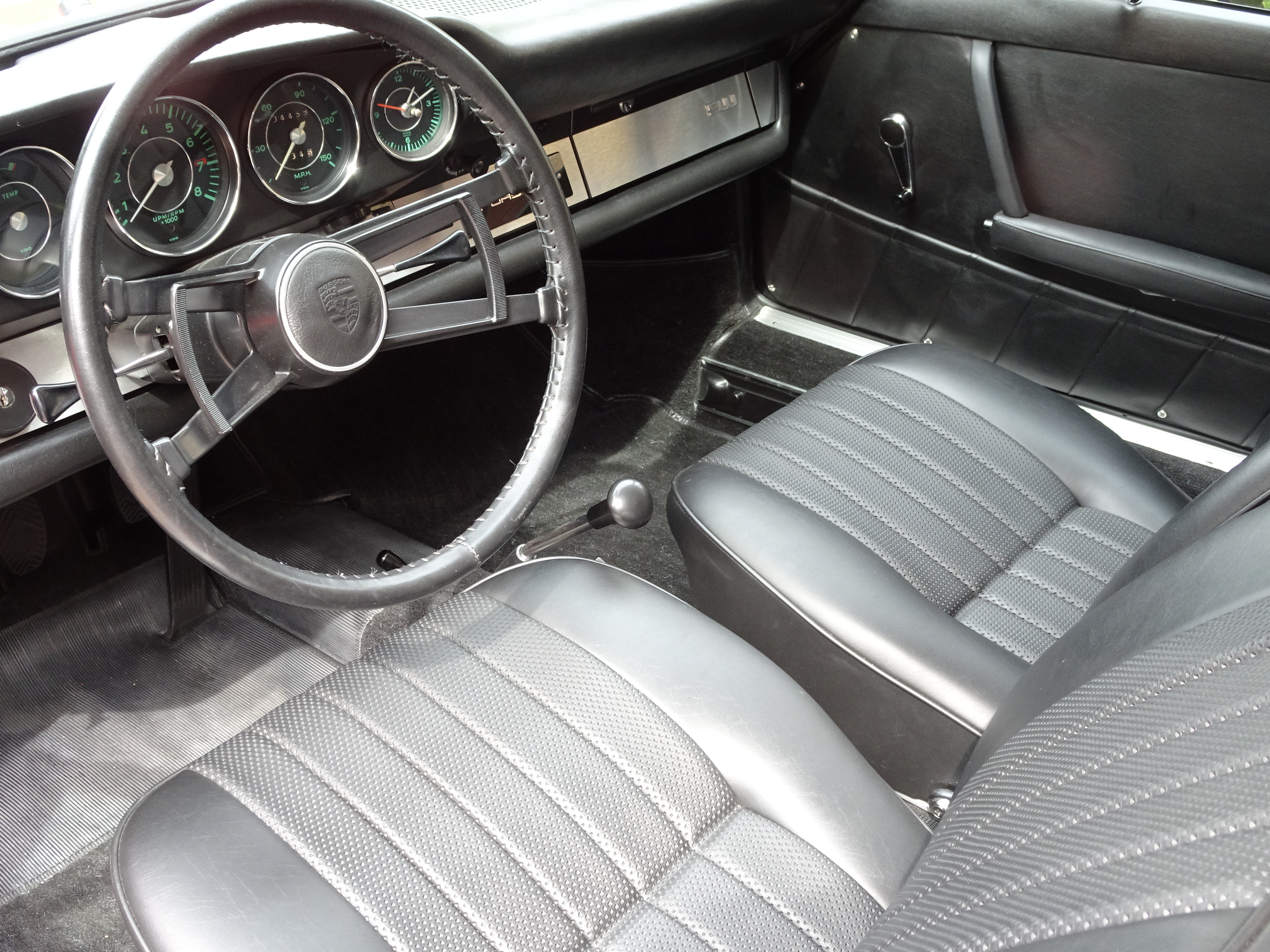 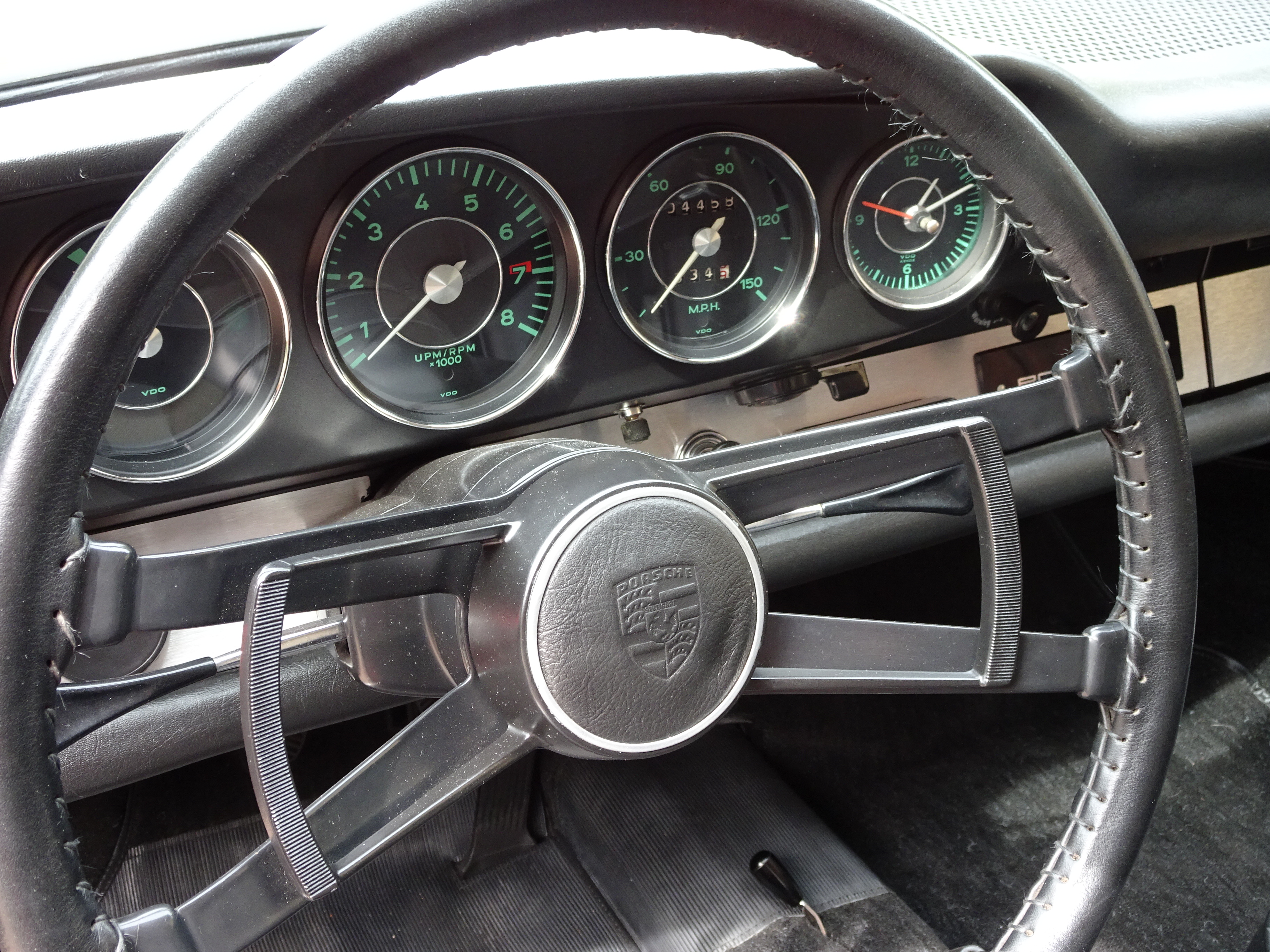 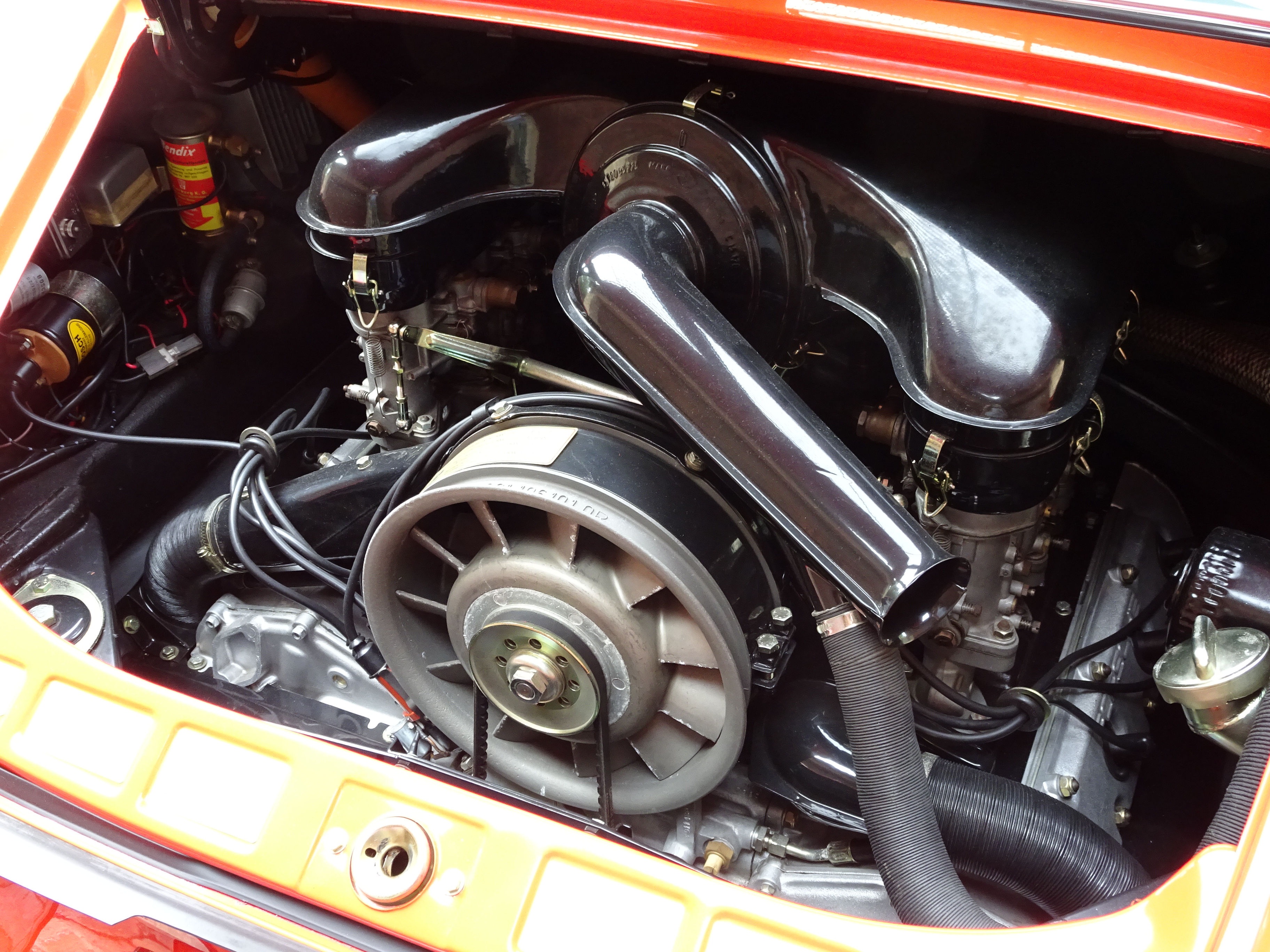 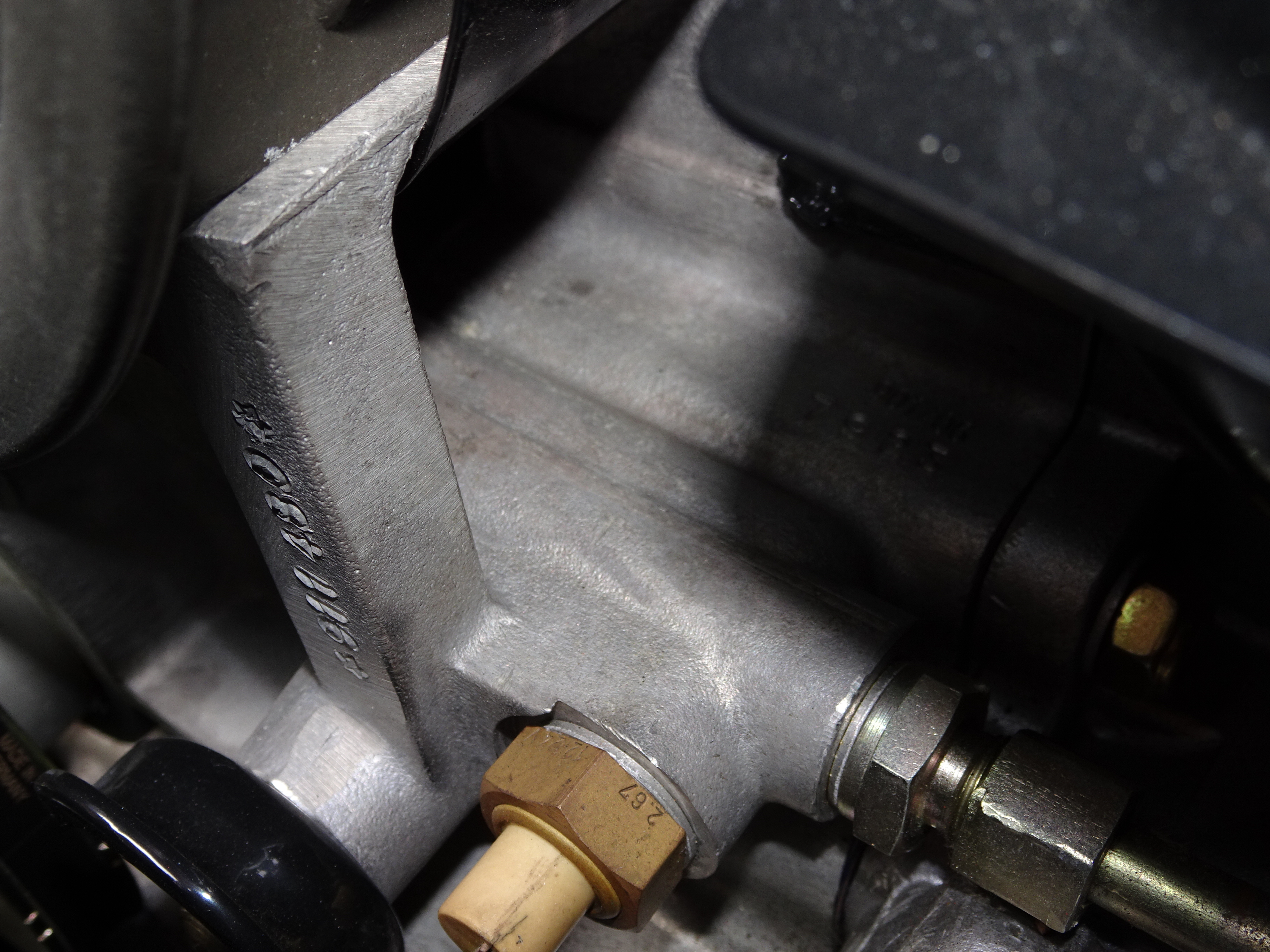 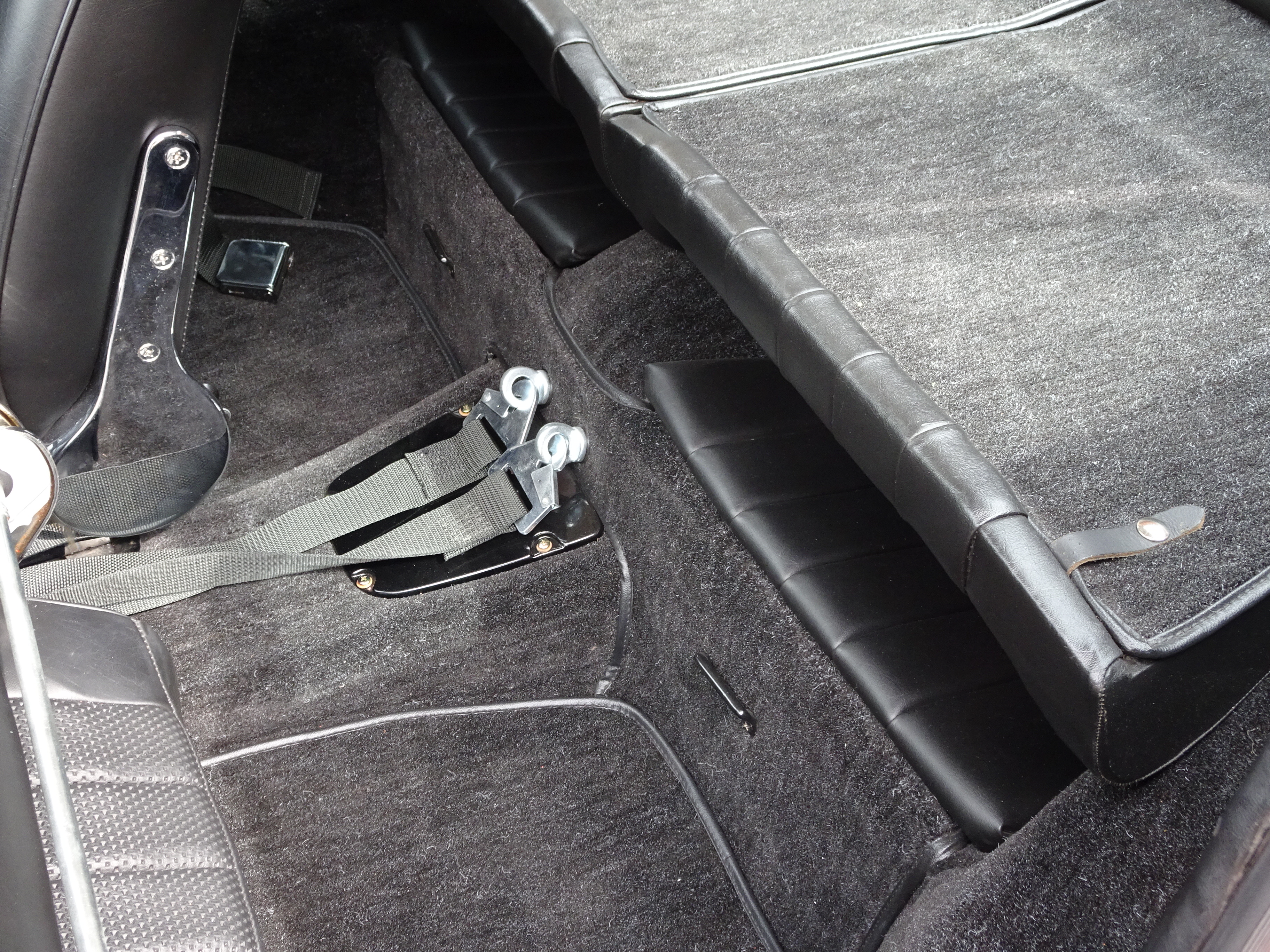 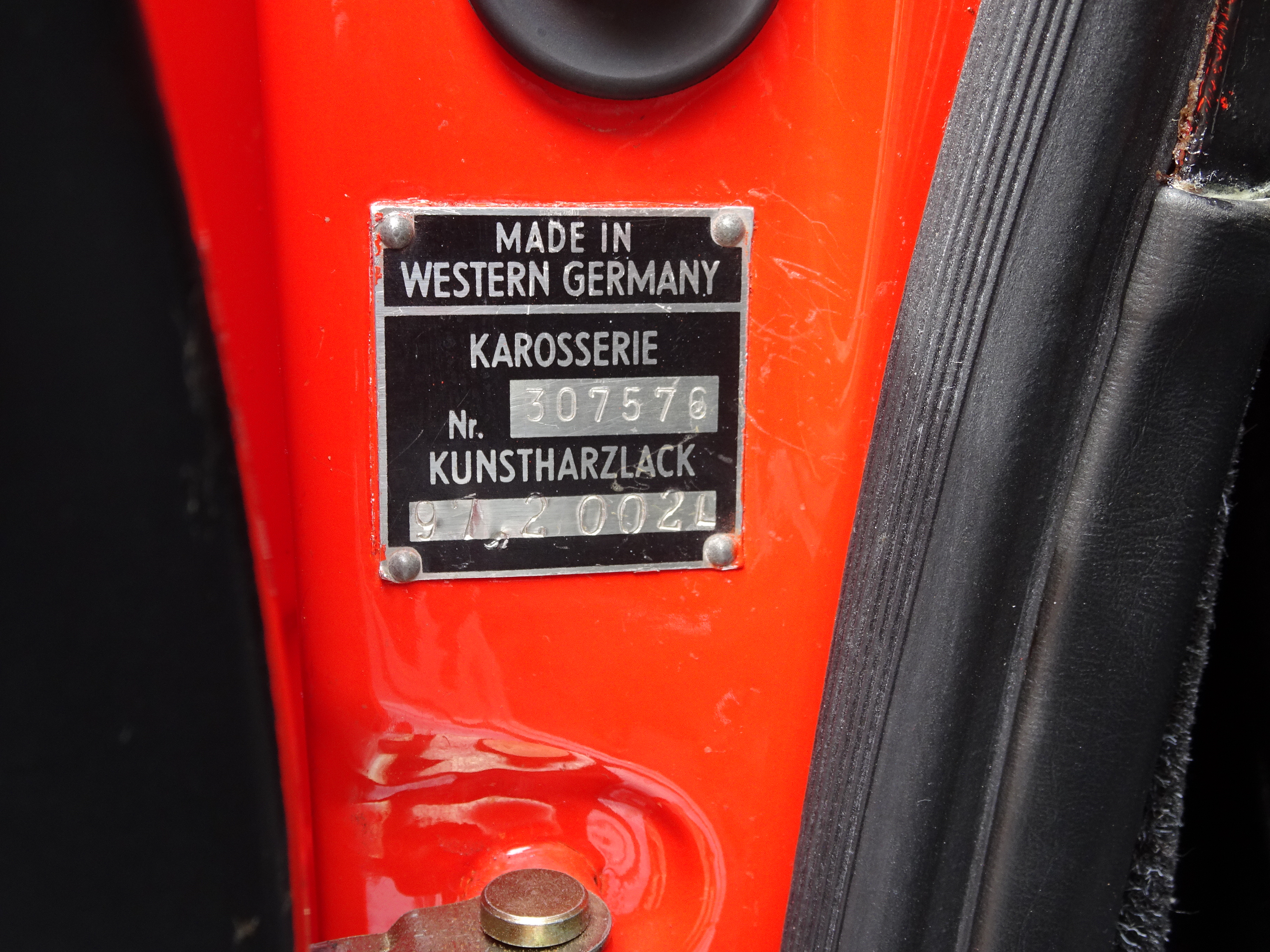 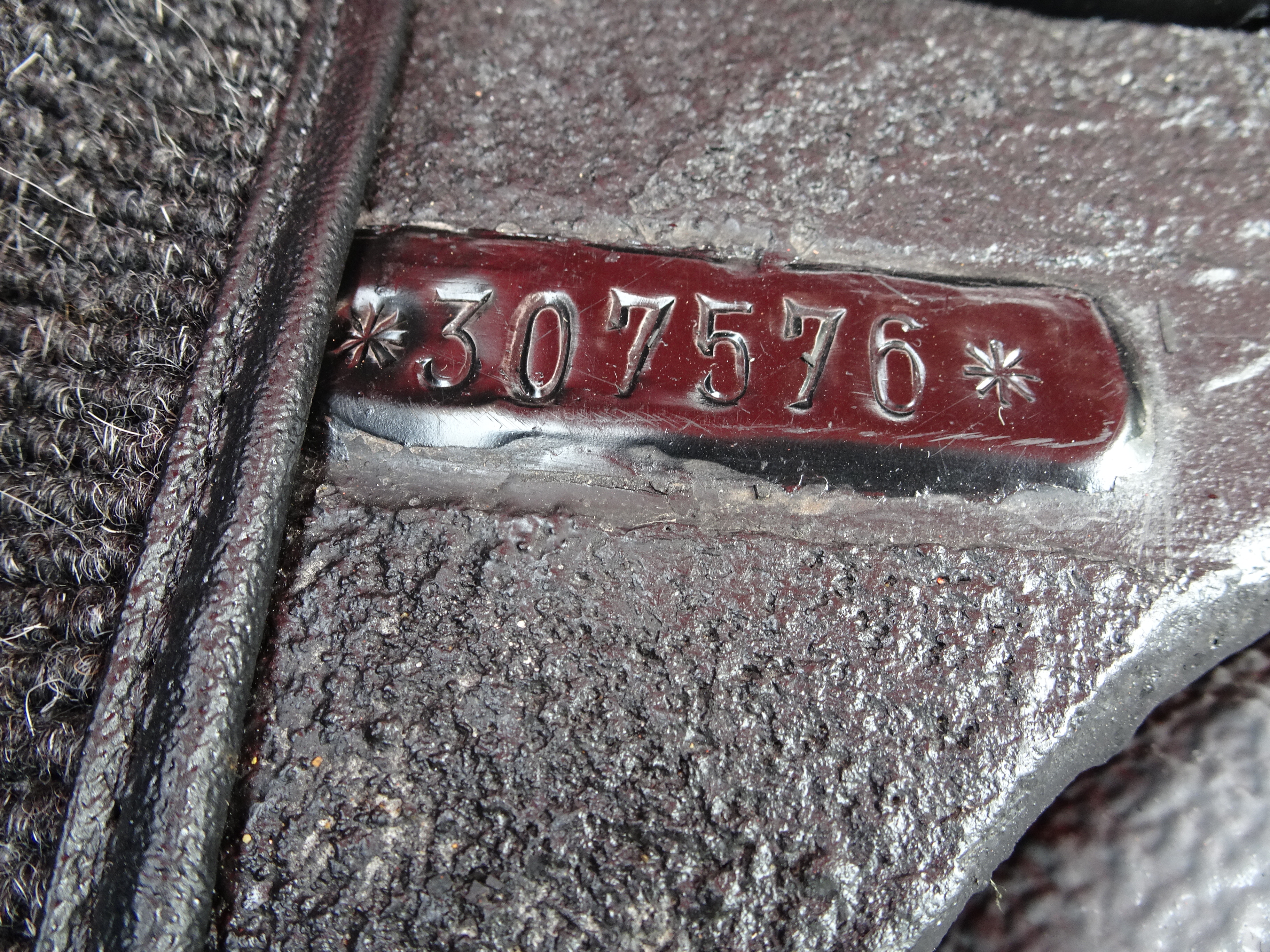 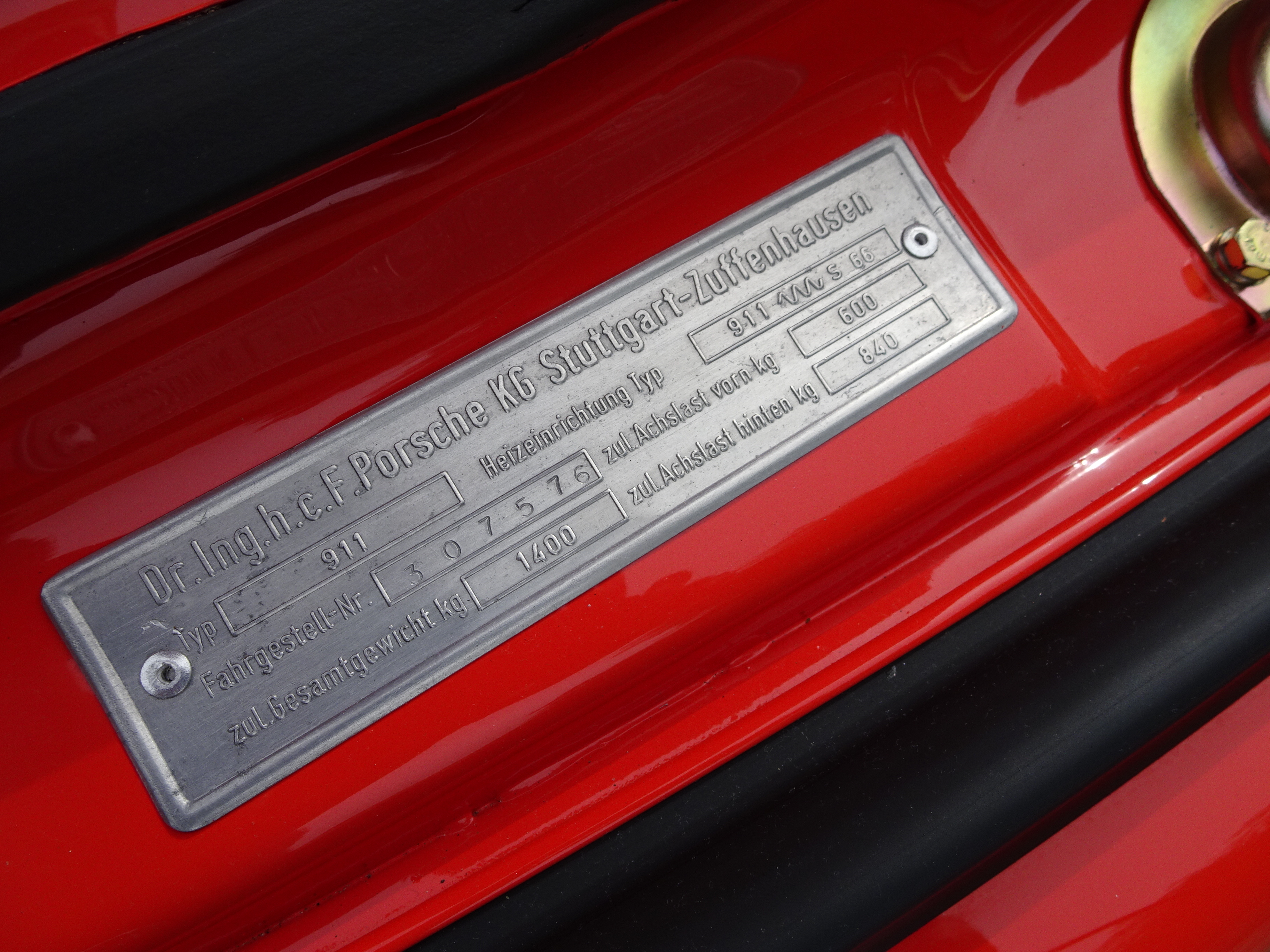 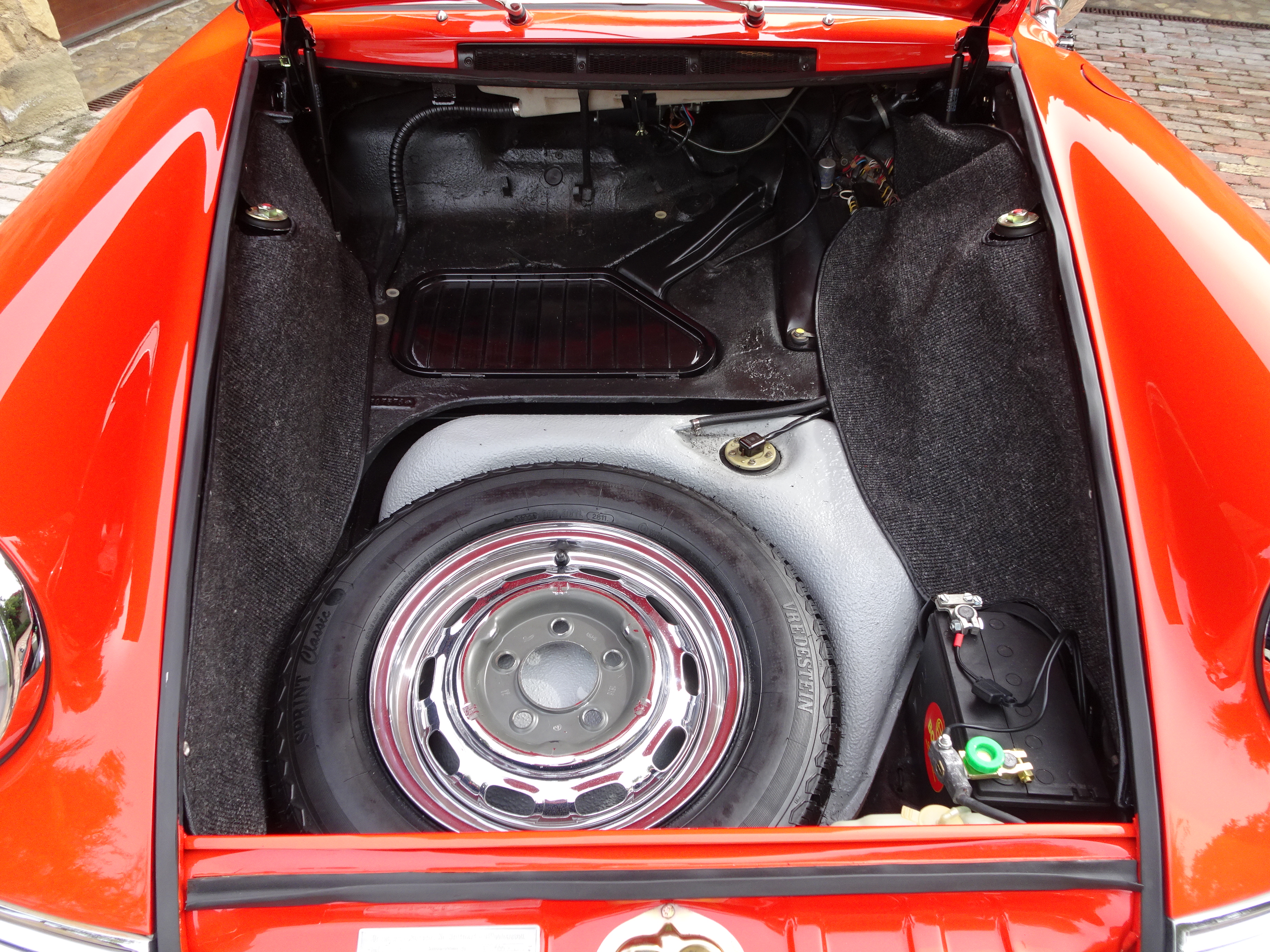 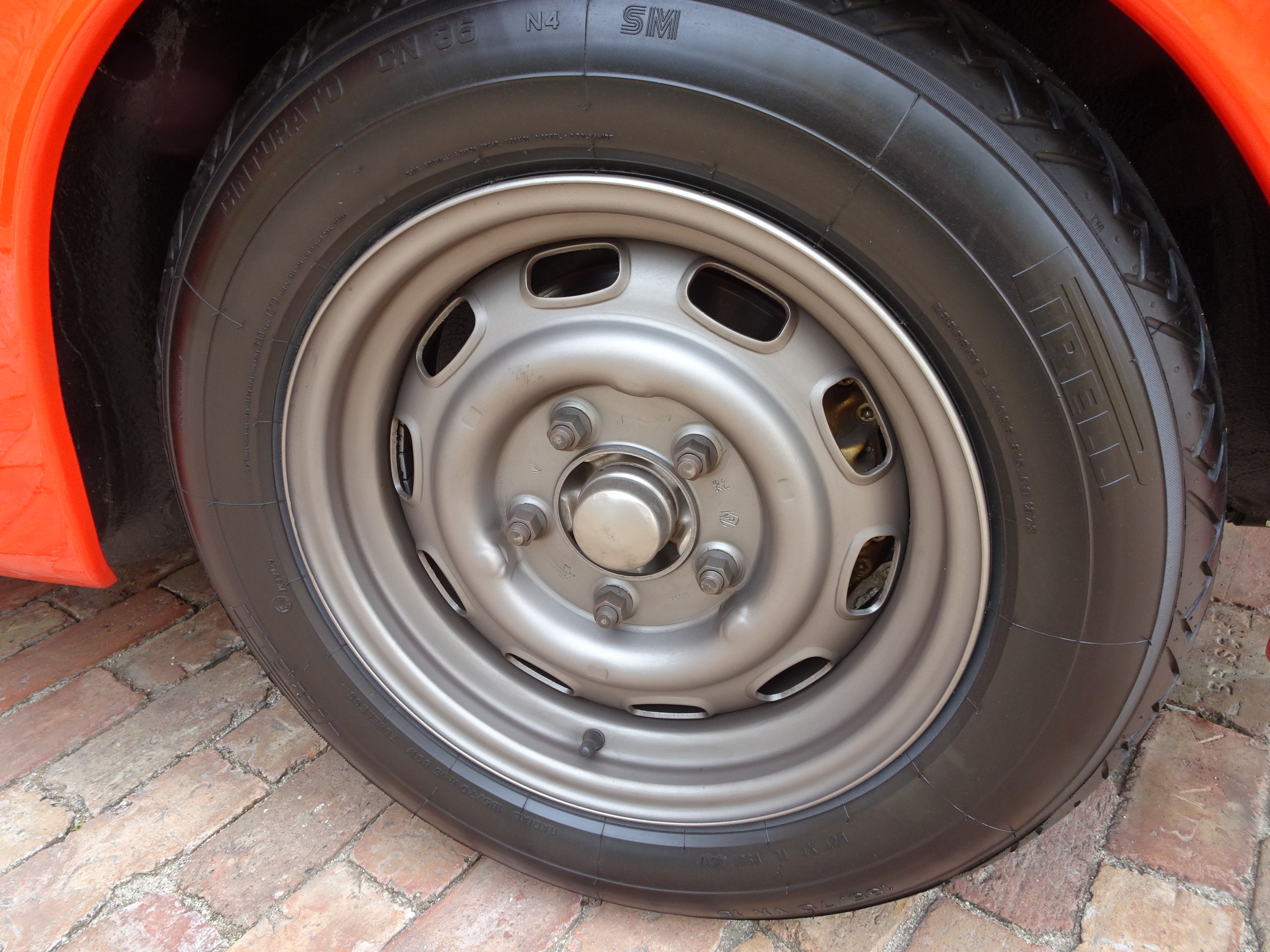 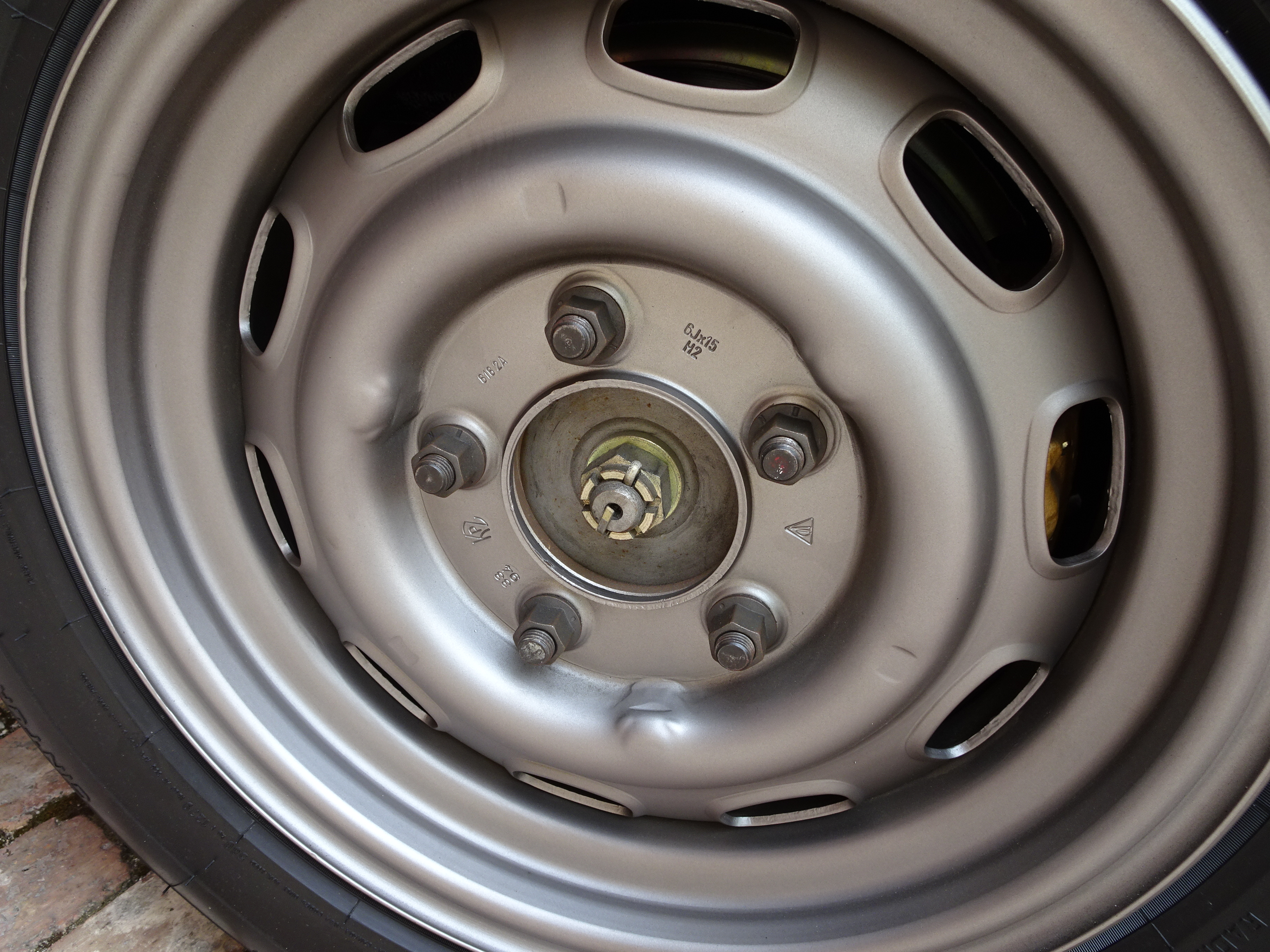 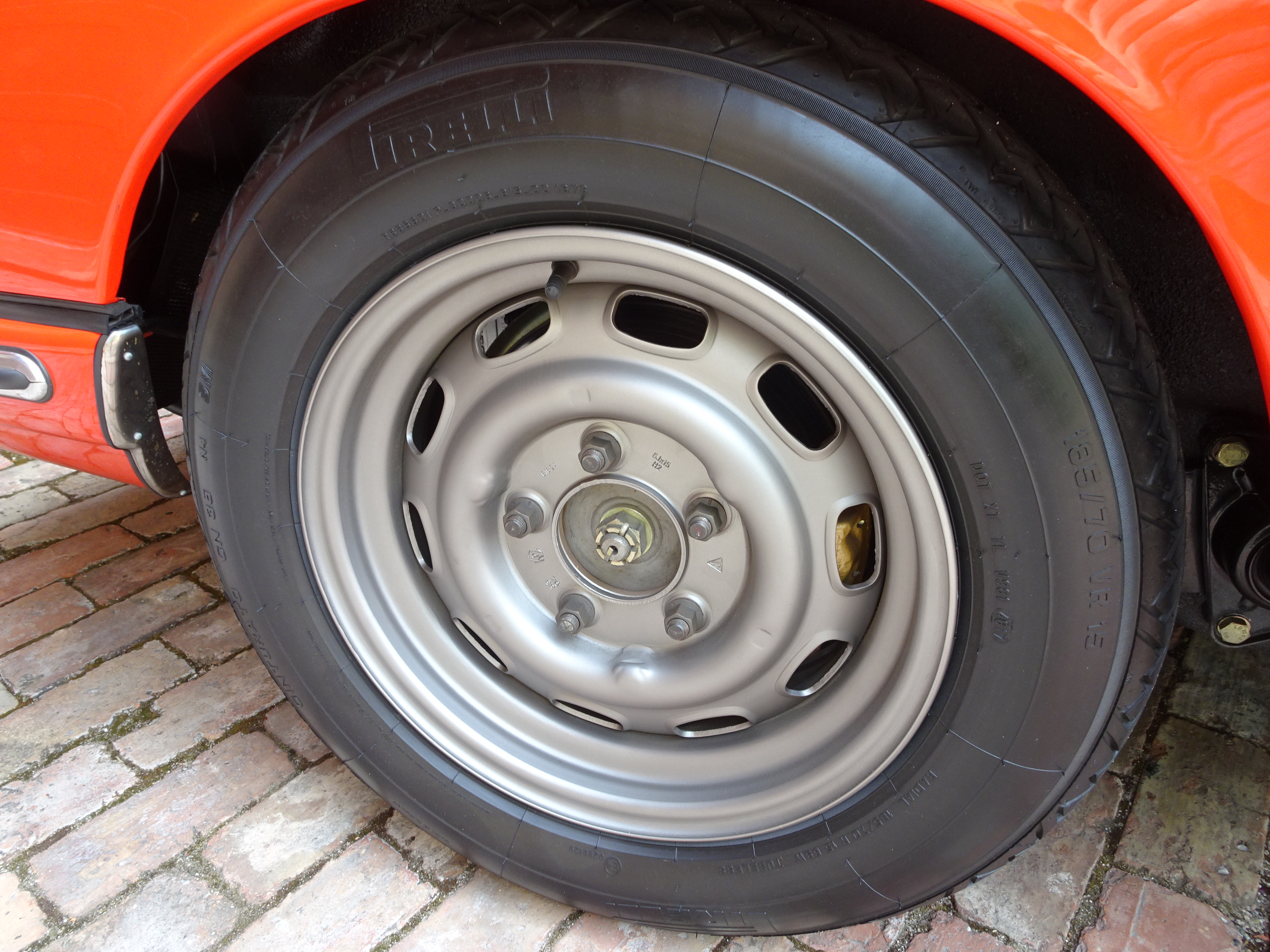 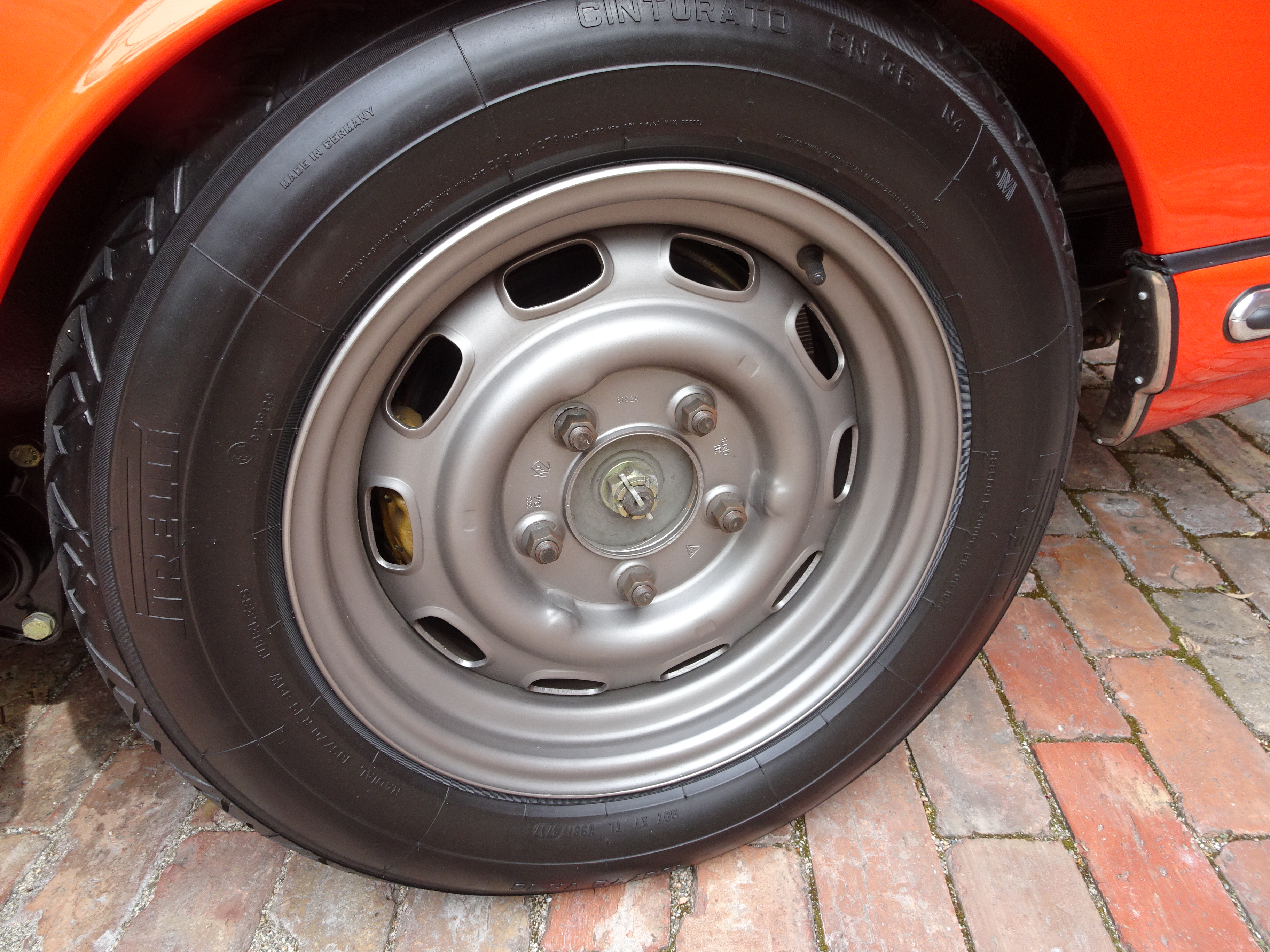 We’ve written this before but never get tired of repeating it, that the Porsche 911 was the go-to road car for professional racing drivers in the 1960s. And that’s because they are just so rewarding in every sense - a timeless design, a challenge to drive quickly (especially in the wet), a no-nonsense quality of engineering and a totally capable, reliable rocketship as required.
This ’67 example, chassis # 307576 with matching engine # 911480, is a 911 pure and simple other than it was supplied new with Special Paintwork Tangerine / R2002 completed on 3 August 1967. The interior was Black Leatherette / B and Optional Equipment included Bumper Horns – F/R, Tinted Glass all around, Ventilated Chrome Wheels, Raised Steering Wheel Hub, Wheel caps w/crest, Exterior Mirror – Left and Pirelli Tires (165/15). The car has been very carefully and properly restored by a former owner, and the restoration is recorded in a large binder of receipts; the work was primarily done through 2013/2014 and included a full repaint with modern single-stage Glasurit urethane paint to the original special order deliver Tangerine color. The engine has been completely rebuilt with all new parts top to bottom, thus with new pistons, valves and guides, micropolished crankshaft, new main and rod bearings with rod pins, upgraded chain tensioners, re-bushed and re-faced rocker arms and with Brad Penn 20/50 racing oil for its high level of ZDDP necessary for such engines. The gearbox was also rebuilt and with new bushings for the selector mechanism. The current owner opted to fit a set of 6J/15in grey steel wheels while the chrome set accompanies the sale (and actually the spare is also a chrome one).
Having ‘borrowed’ the car for a weekend recently we can attest to both its fabulous condition as well as its mechanical integrity. The engine starts first go and pulls strongly, the big 40IDA3C Webers perfectly set up. The gearchange is excellent and the brakes positive and pull up in a straight line without fade. Being an original ‘short door’ example of its type, it really is a special car and with the correct green instrument gauges and with external gold script lettering. Truthfully we love it and it is a reluctant sale by the current owner who has somehow collected too many cars for his stable.
PLEASE CONTACT US FOR FURTHER DETAILS